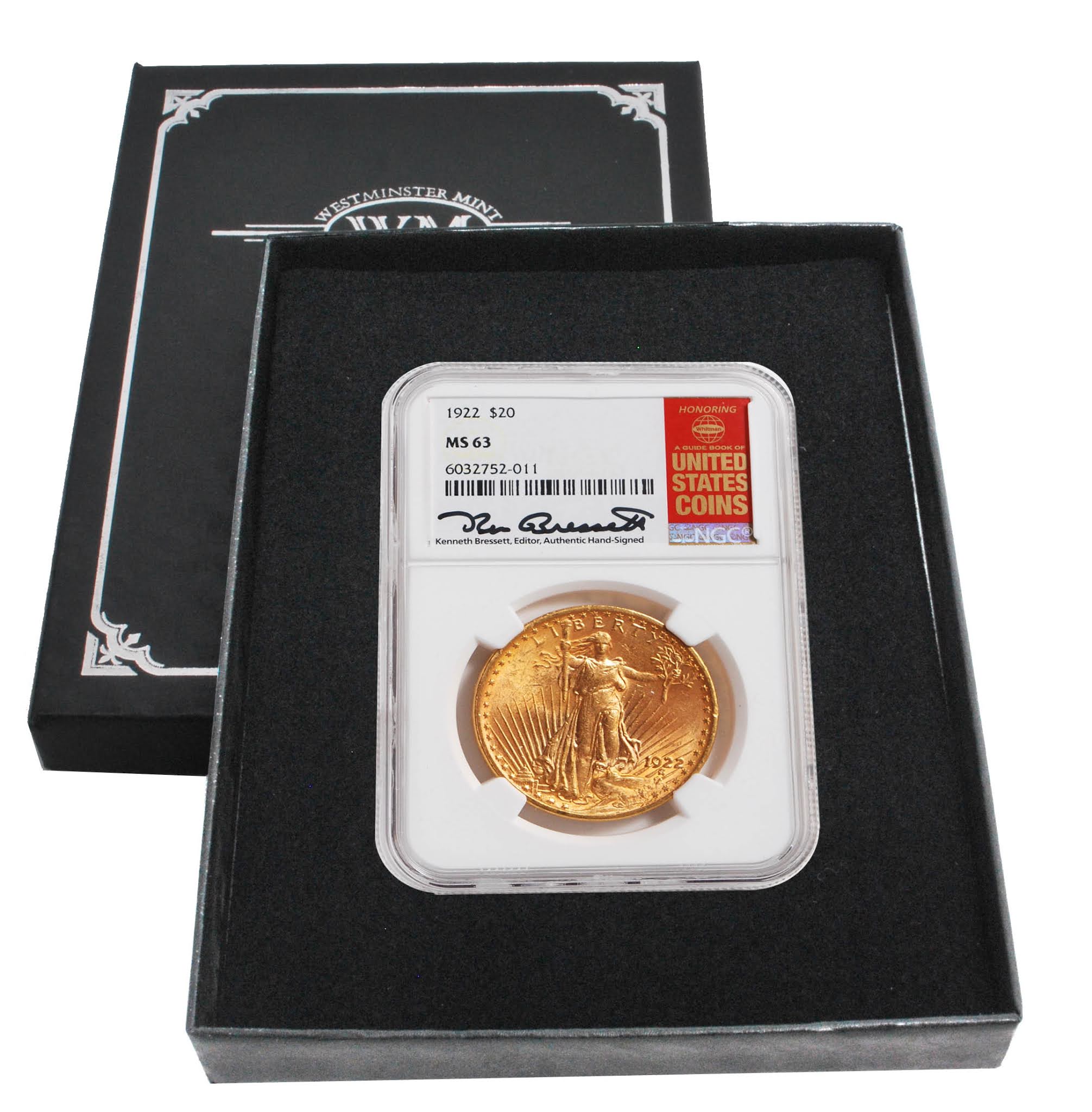 $20 Saint Gaudens Double Eagle coins were named for their designer, Augustus Saint Gaudens, one of the most famous beaux-arts designs and sculptors of the 19th century. They have long been considered the most beautiful coin in American coinage history. The design of the modern Gold Eagles, signed into law by president Ronald Reagan in 1986, is based on this famous design. These coins are close to being 100 years old and will become vintage coins in less than two years. The coins are certified in MS63 condition by NGC, the largest coin grading service in the world. These coins were never released to the public and were most likely stored in burlap sacks in a bank vault prior to being certified in MS63 condition by NGC. MS63 is a nice state of preservation for the 1922 series. The finest known coin dated 1922 is certified MS66 and lists for $32,000 in the NGC price guide!. This coin is one of ten coins signed by Kenneth Bressett. In 1962, Kenneth Bressett was appointed editor of the Official Red Book, the bible of the coin industry for over 70 years. He has since become one of the most famous numismatic researchers and writers of all time having published numerous books and articles in his more than 60 years of involvement in the hobby. Bressett is the number one signer in the signature series market for classic pre 1933 gold and silver coins. The classic coins he has signs are sought after because of their superior eye appeal and for the very small quantities he signs. • Classic 98-year-old coin will soon become a vintage coin. • Low certified population of just 10 coins signed by Ken Bressett. Some key events and facts about 1922 Formation of the USSR Dedication of the Lincoln memorial First copy of Readers Digest Gandhi imprisoned in India Founding of the British broadcasting Corporation, BBC. Under new additional Prohibition Laws home brewing is illegal. First successful insulin treatment A loaf of bread: 7 cents. a dozen eggs: 34 cents. a quart of milk: 9 cents. a pound of steak: 26 cents.
September 8, 2020 | View: 253 |  By: Admin