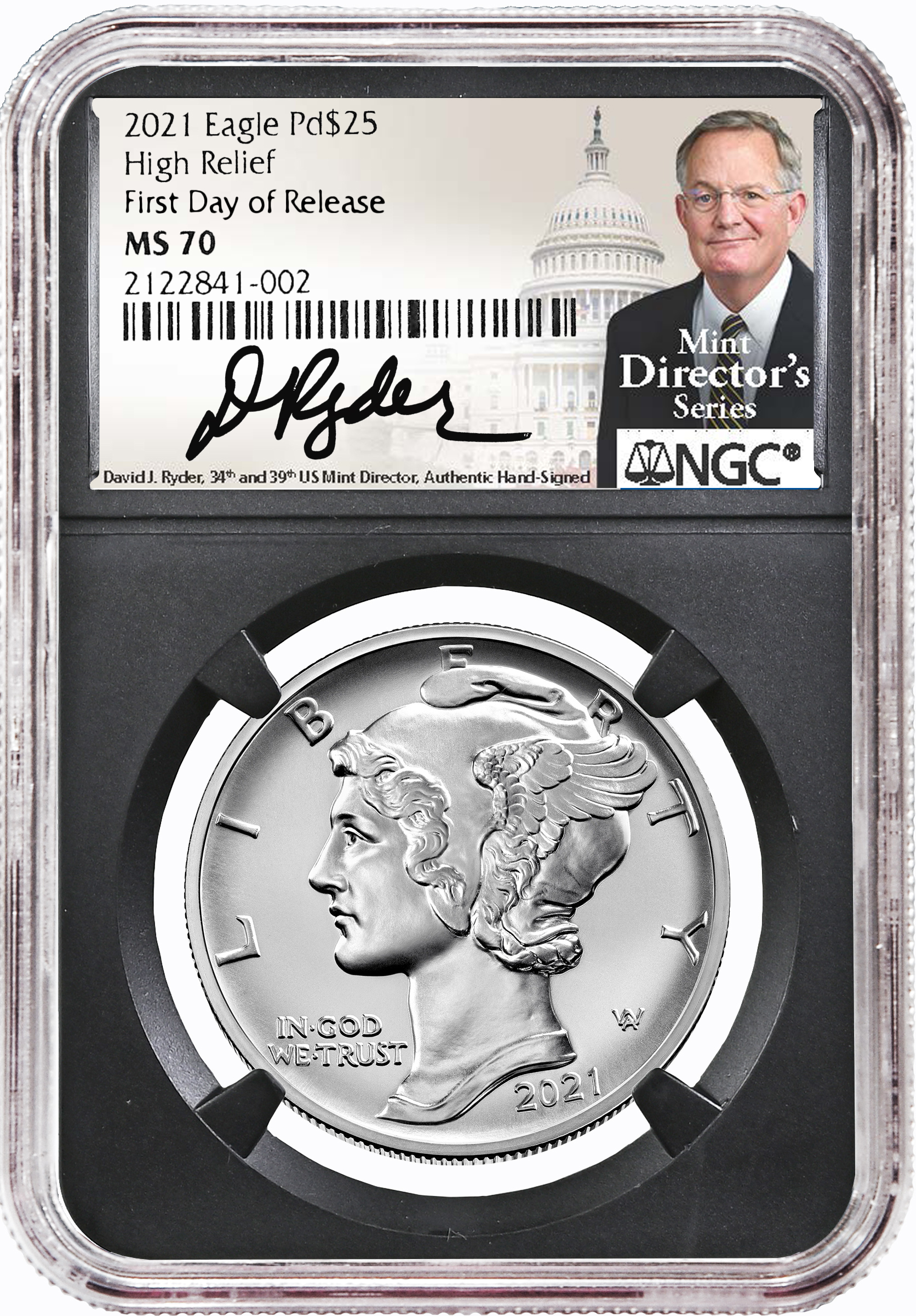 David J. Ryder, who served as both 34th and 39th Director of the United States Mint is now signing Mint Director Series coins for NGC, the largest coin grading service in the world.

The NGC Mint Director Series coins presented in special black core holders and signed by Edmund C. Moy, 38th Director of the U.S. Mint are one of the most popular ways to collect the top U.S. coins.

David J Ryder is only the second person to sign coins for NGC as Mint Director. Westminster Mint is offering collectors the earliest opportunity to acquire the top 2021 gold, silver, palladium, and platinum coins certified by NGC in perfect 70 conditions signed by David J. Ryder.

Mr. Ryder Served as both 34th (1992-1993) and 39th (2018-2021) Director of the U.S. Mint. During his tenure, he oversaw the most popular U.S. Mint releases of recent memory, including the 75th Anniversary of World War II, Type 2 Silver Eagle, and Gold Eagle, as well as the 100th Anniversary Morgan and Peace Dollars. He Led the continued operation of the U.S. Mint during the global pandemic.