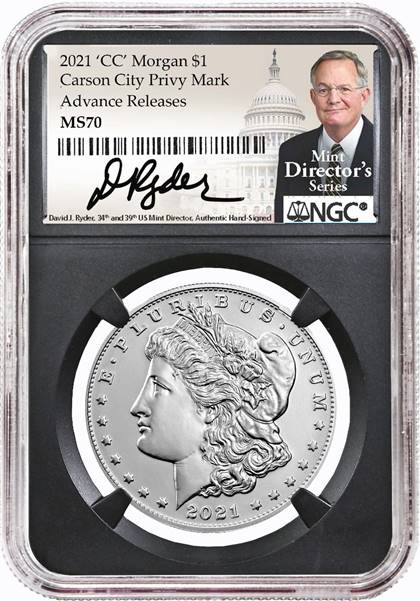 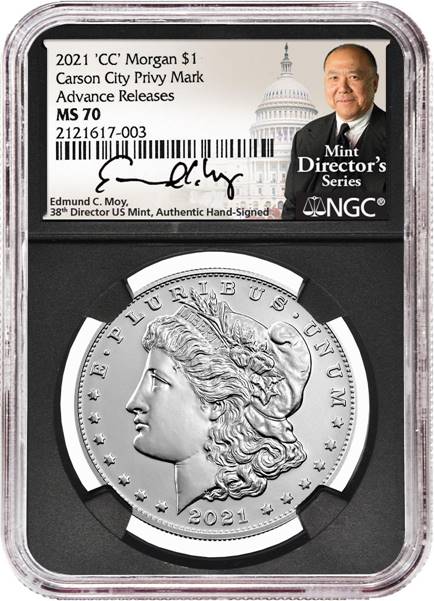 Edmund C. Moy, the 38th Director of the U.S. Mint and David J Ryder, 39th Director of the U.S. Mint are individually autographing labels for Numismatic Guaranty Corporation® (NGC®), under an exclusive arrangement. Moy served from 2006 to 2011, and Ryder served as both 34th and 39th 1992 to 1993, and returned to the position from 2018-2021. Both men were named in Coin World’s Most Influential People (1960-2020). Moy led the U.S. Mint at a time when it launched many exciting new coins for collectors, bookended by the release of the hugely successful 20th Anniversary Silver and Gold Eagles in 2006 and the 25th Anniversary Silver Eagles in 2011. In his first year as Mint Director of the world’s premier manufacturer of coins, Moy increased numismatic sales to over $1 billion by increasing interest in modern coin collecting. In 2006 He helped introduce the American Gold Buffalo series, America’s first 24 karat gold coin, the Presidential Dollar program in 2007 and the America the Beautiful Quarters program, in 2009 the $20 Ultra High Relief gold coin along with several other interesting and innovative issues.

David J. Ryder brought many exciting modern coins to the marketplace, greatly enhancing the tradition of U.S. coin collecting with his leadership. He oversaw the most popular U.S. Mint releases of recent memory, including the 75th Anniversary of World War II Gold Eagle with privy mark, Type 2 Silver Eagle, and Gold Eagle, as well as the 100th Anniversary Morgan and Peace Dollars. He Led the continued operation of the U.S. Mint during the global pandemic, including generating near-record revenue through its wildly popular numismatic releases.