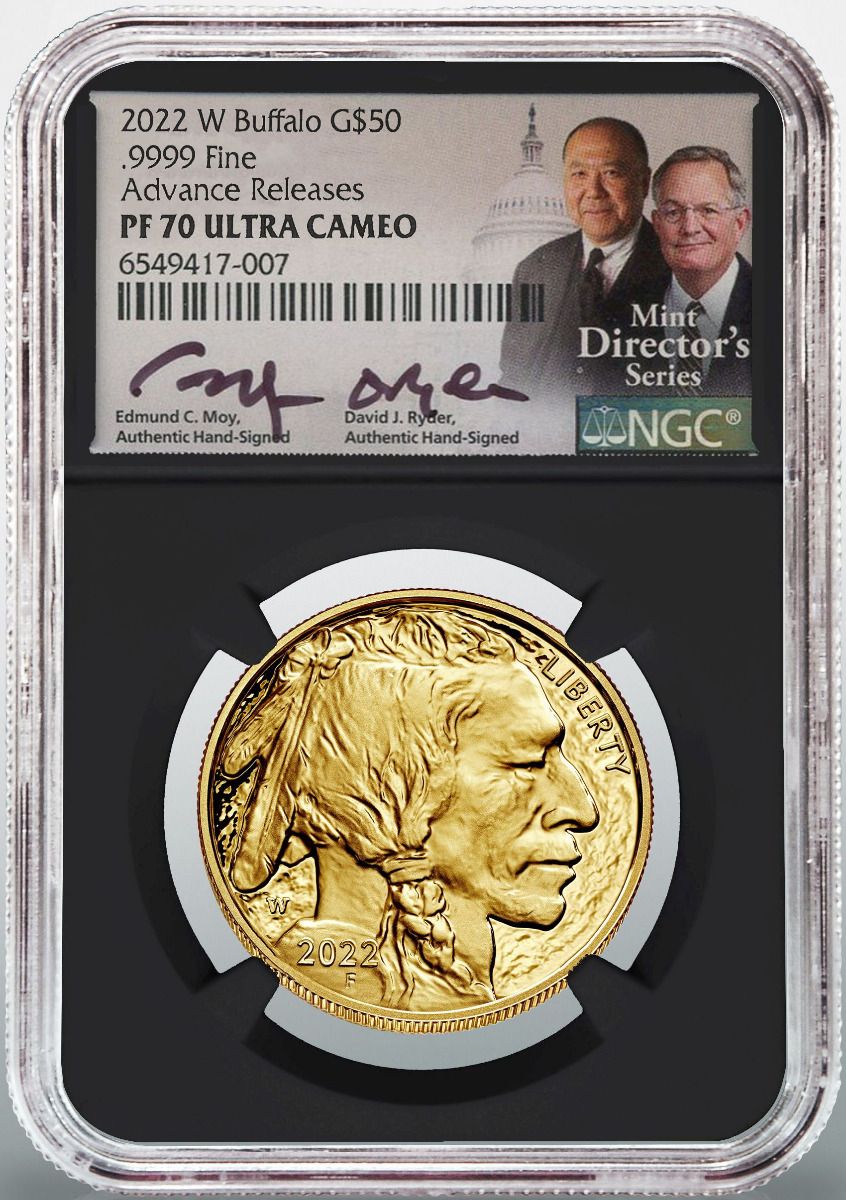 This beautifully struck Proof Buffalo coin is one of only two thousand four hundred coins eligible for the coveted Advance Release certification by NGC signifying this coin was one of the absolute first coins to be released from the United States Mint before they were offered to collectors and the general public.

American Gold Buffalo coins were the first coins minted in pure 24k karat gold by the United States Mint. Their iconic design featuring a portrait of an American Indian chief in full headdress, and an American buffalo is based on the beloved buffalo nickel design by James Earl Fraser that appeared on our nickels from 1913 to 1938.

Pairing the limited Advance Release designation with a top numismatic signature adds a further level of exclusivity. Two signatures are better than one! This coin is exclusively signed by two U.S. Mint Directors and is a date and condition rarity. Edmund C. Moy, the 38th Director, and David J Ryder, 39th Director of the U.S. Mint brought many exciting modern coins to the marketplace, greatly enhancing the tradition of U.S. coin collecting with their leadership of the world’s premier manufacturer of coins. Both men were named in Coin World’s Most Influential People (1960-2020). The Moy and Ryder signatures are the best known in all of numismatics and appear together exclusively on NGC-certified Mint Director’s Series coins.

2022 Mintage 16,000 coins – Only 2,400 coins are eligible for Advance Release certification and only forty coins have been certified in flawless PF70 Ultra Cameo condition by NGC.